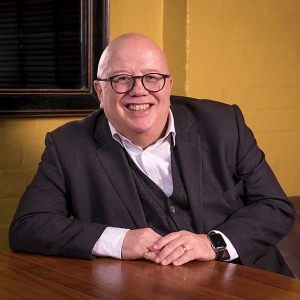 I am a writer, commentator and strategic communications advisor. I was named in the “Top 10 for Crisis and Reputational” advice by PR Week.

I write columns, features and appear on TV and radio.

I also advise clients on the media and strategic communications. For four years, I was a Director of CT Partners, the international campaigning and communications consultancy.

Previously, I was Editor of The Independent.  Before that, I was City Editor of the Evening Standard.

I was a newspaper columnist for the Evening Standard and Independent, and presenter of Headline Interview on London Live TV.

I was also Multi-Media Head of Business, for the Evening Standard, The Independent, i, and London Live TV, in charge of business coverage across these titles and their digital platforms, also writing for the papers, and presenting programmes, myself.

A journalist since 1984, my other posts include: Deputy Editor at the Independent and Independent on Sunday, and Daily Express, and Westminster Correspondent of the Independent, and Deputy Editor, Sunday Times Insight Team. I wrote regularly  for Management Today, and contributed to numerous other magazines and publications, as well as making frequent appearances on TV and Radio, and making public speeches.

I graduated in Law from Cambridge University.

Twice married, I have five children, and I live in South-West London. I enjoy playing tennis and golf, watching football and rugby, and going to the cinema and theatre. 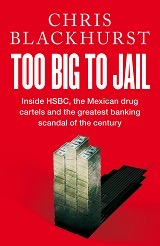 TOO BIG TO JAIL

published by Macmillan in June 2022

“Packed with insights and details that will both amaze and appal you. This is the inside story of how the City of London really operates and if it doesn’t make you angry, you need to check your pulse”
— Oliver Bullough, author of Moneyland and Butler to the World/em>

“The sheer hubris, greed and arrogance of bankers is laid bare in shocking, and at times hilarious, detail. Blackhurst takes them on and pricks their bubble of self-congratulatory entitlement”
— Andrew Neil, broadcaster and former editor of The Sunday Times

“Full of extraordinary revelations. Epic story-telling about a shocking scandal. Read this!”
— Iain Martin, author of Making It Happen

“Blackhurst’s tale would make an exciting novel. But alarmingly, this is a true story, carefully researched and told with gusto.”
— Baroness Patience Wheatcroft, former editor of The Sunday Telegraph

Also appeared as a witness before: